“oneM2M testing - the key for quality and standardised IoT products”

June 2019 - Subhash Gajare is a Vice Chair of the Testing and Developer Ecosystem (TDE) Working Group in oneM2M’s Technical Plenary (TP) and works in the testing requirements/solutions area of oneM2M. He is part of the Product Development (Cloud and IP) Division of Spirent Communiations and is responsible for the overall end-to-end product development for the Spirent oneM2M testing solution. 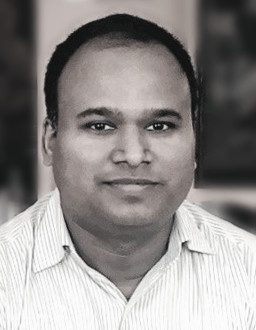 Q: Let us begin by talking about the development of IoT applications and what motivated Spirent Communications to become active in this area?

SG. The Internet of Things (IoT) market covers a wide range of applications so there is a lot of technical complexity. We noticed that many organisations were having difficulties in developing IoT products. For example, we saw this in the automotive and connected car sectors, a couple of sectors in which Spirent Communications has been involved for many years.

Companies were experiencing two kinds of problems. One relates to interoperability. The other was to validate that their products were delivering the proper level of conformance and performance. A few oneM2M members started working together to implement IoT platforms based on oneM2M standards.  As Spirent Communications is a oneM2M solution provider, we chose to support the testing of these implementations and platforms from the start of their development process. Testing has definitely helped to improve the overall quality of these products.

Spirent Communications already sells testing solutions in several vertical domains through its TTWorkbench offering. We saw an opportunity to extend this solution into the IoT arena and developed TTSuite for oneM2M. This is a customised version designed for IoT products and platforms that use the oneM2M technical standard.

Q: How has Spirent Communications been working with oneM2M’s Technical Plenary?

SG. For several years, two of oneM2M’s founding partners, ETSI and TTA, have organised regular ‘Interop’ events. This is an event where companies can test their oneM2M implementations against one another and against a reference system that we call the Golden Device. Companies attend from all over the world. The idea of testing against other companies’ systems is to demonstrate interoperability, proving conformance with the oneM2M standard.

We are currently planning the next Interop event and exploring venues in Europe and Indonesia. We are also considering co-locating the event with the AUTOPILOT (which is large scale pilot for autonomous vehicles in a connected environment) event.

The TDE WG that I Co-Chair plays an important role in defining the scope of the event and the test cases that we will apply.

Being active members of the TP and the TDE working group, Spirent Communications has been part of these Interop events since they initially began. Spirent Communications helps to test the conformance of the participant organisation’s implementation against the oneM2M standard. The testing process has helped many participating organisations to understand issues in their implementations/products from the early stages of product development, as well as improved product quality.

Q: Beyond users in oneM2M’s TP community, how would you characterise the customers for TTSuite?

SG. We deal with two types of customers. The first type includes organisations that provide testing and certification services. In the case of oneM2M, S. Korea’s TTA was the first organisation to launch a oneM2M certification programme and they relied on our suite of testing tools to do so.

Earlier this year, oneM2M entered into a global certification arrangement with the Global Certification Forum (GCF). GCF is best known for its work in certifying mobile devices to the 3GPP standard. As part of the new relationship, Spirent Communications is currently working with SGS in San Diego to bring oneM2M’s testing facilities closer to North American developers.

The second type of customer we deal with is commercial organisations, who often want to carry out their own in-house testing. For example, a mobile network operator may want to test its IoT platform using the suite of testing tools we offer.

Q: Apart from South Korea and the USA, where else are you seeing interest in oneM2M testing?

SG. Without going into customer specific details, it is fair to say that there is interest, notably among mobile network operators in Europe and India.

India is a market that is worth highlighting because its Department of Telecommunications (DoT) is working on a mandate to recommend an IoT standard across India. That makes sense given the size of the market and the potential to drive economies of scale and interoperability.

On the 24th of June, Spirent Communications will participate in a “oneM2M workshop” planned by the DoT, the Ministry of Telecoms and the Government of India at Delhi, India, on this topic. We will be there with a few other oneM2M members including the Centre for Development of Telematics in India (C-DOT), Korea Electronics Technology Institute (KETI) and Qualcomm.

In this workshop, all the participating companies will elaborate on specific topics, ranging from a oneM2M architectural overview, 3GPP interworking, oneM2M testing and certification processes and, Fog and Edge computing.

We will discuss advancements of oneM2M the vehicular and railway domains There will also be a demonstration covering oneM2M deployments in smart cities across South Korea, and a discussion of the challenges faced during IoT implementation as well as the benefits of successful deployments.

Q: Returning to oneM2M’s TP, what are some of the topics your group will be tackling over the coming year?

SG. The initial focus in the Release 1 and 2 versions of the oneM2M specifications was on a core set of fundamental services such as registration, data management, device management and security among others. Within Release 3 and in Release 4, which is actively being developed, the specifications are expanding to address new market needs for more advanced services.

For example, Release 3 contains a set of features to support interworking with 3GPP networks. Release 4 has work items on capabilities to support IoT in Fog and Edge computing deployments. There is also a lot of interest in verticals such as the vehicular domain, railways and home automation.

From a testing perspective, the platform capabilities are relatively straightforward to test. The bigger challenge comes from testing interworking capabilities. This interworking deals with the information exchange and the exposure and consumption of services across borders. Borders can exist at the interface between oneM2M entities and others that are designed with non-oneM2M technologies. A different kind of border exists between different devices and applications.

Be among the first to find out what oneM2M is doing. Join the oneM2M news e-mail list to receive news from oneM2M as soon as it's published!

Yes! I want to receive news from oneM2M